Federal Conservative leader thinks Alberta’s Jason Kenney is the ‘model to follow on fighting COVID’ Liberal leader charges OTTAWA — Liberal Leader Justin Trudeau disparaged the pandemic response in Alberta and Saskatchewan as he tried Tuesday to convince voters that Erin O’Toole and the Conservatives would do no better keeping Canadians safe from COVID-19. Speaking at a campaign stop in Richmond, B.C., Trudeau criticized O’Toole for not backing mandatory vaccinations — as the Liberals propose for interprovincial trains and planes — and pointed to how O’Toole “thinks (Alberta Premier) Ja“s on Kenney is the model to follow on fighting COVID.” O’Toole said last year that Alberta’s United Conservative government had responded to the pandemic better than Trudeau’s Liberals in Ottawa. On Tuesday, amid sharply rising cases in the province, Dr. Deena Hinshaw, Alberta’s chief medical officer, said she “deeply” regrets her role in the decision to lift all health restrictions in the province this summer. Trudeau also pointed to rising cases in Saskatchewan, stating “I feel bad” that “they’re facing greater risks because of cangc lled surgeries, they are facing emergency public health restrictions that may have to be brought in” to curb the fourth wave. “And I don’t think any Albertan or Saskatchewanian looking at this election could possibly think that Erin O’Toole — who can’t even get his own candidates to get vaccinated — would do any better for them than their current premiers are,” Trudeau said. Kenney and O’Toole were cabinet ministers in the Stephen Harper government. Kenney was a critical backer of Toole’s leadership campaign for the party last year. But like Ontario Premier Doug Ford, Kenney and Saskatchewan Premier Scott Moe have remained largely on the sidelines of the federal election, aware they’ll need to work with whomever wins. O’Toole has said his focus will be consultation with provinces. What that means for daycare is a work in progress. He’d scrap the national childcare plan and replace it with a tax credit system, but several provinces — including Quebec — have already signed deals with Ottawa. O’Toole has said he’ll leave those deals in place in the short erm while hammering out his new approach, but given Quebec was set to receive $6 billion, he’s under pressure to say whether he’d rewrite that entire cheque. In a letter circulated to Quebec Premier François Legault this week, O’Toole said he’ll sit down with him within the first 100 days of his government to negotiate. When asked about Quebec’s $6 billion, O’Toole ducked the question Tuesday, saying that the province’s daycare program dates back 20 years and works for that province. “We want to make sure that our plan helps Canadian families and co-ordinates with respect to the plan in Quebec,” he said during a campaign stop in Russell, Ont. Elsewhere, NDP Leader Jagmeet Singh highlighted his pledge to lower cellphone and internet bills during an appearance in Toronto. And in Charlottetown, P.E.I., Green Leader Annamie Paul called for “cross-partisan” collaboration on climate change and praised the performance of Green representatives in a province where the party forms the official opposition in the legislature. 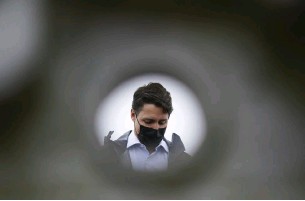