Alessia Passafiume is an intern reporter with The Spectator. Reach her via email: apassafiume@thespec.com

Hamilton has seen heavy rainfall over the past few months, sewage overflows in the fall and temperatures remaining in the double digits in mid-October. In addition, 17 days were recorded this year in which the temperature in the city reached 30 C or higher, not to mention the number of days the temperature sat just below. In comparison, the city usually sees about 11 days at or above that mark. “It must be global warming or climate change” is what some Hamiltonians might say when recalling these bits of news, said David Phillips, a senior climatologist for Environment Canada. Is the weather actually being made worse by climate change, though? There’s rarely only one factor at play, but “the answer that we’re coming to increasingly is yes,” Phillips said. Climate change often manifests as extreme weather conditions, like hurricane Harvey in New Orleans, he said. It may also look like delayed or prolonged seasons or rare events occurring with a higher frequency. The conditions noted in Hamilton may be a “dress rehearsal” for new weather norms and, in 15 years, they might not make the headlines because they’ll be so common. The changes are gradual and the problem with climate change is that it “doesn’t come around and shock you or surprise you,” said Phillips. It’s “variable,” but one factor remains constant: human beings are contributing to it, he said. Phillips said that without climate change the city would see 30 per cent less precipitation during rainfalls, and perhaps the heat wouldn’t be as intense or long-lasting. So far, October is surpassing the previous average temperature for the month by nearly eight degrees, according to the most recent climate normals from Environment Canada. But without the first frost, which has an average date of occurring on Oct. 14, it’s too soon to jump to conclusions about the end of the month. While this is likely the warmest start to October the city has seen, Phillips said it might not remain the same next year. The year 1998 was hot, too. It was plausibly caused by global warming, but colder winters and warmer summers followed, and vice versa. The city did see significantly more rain this year than recorded in the climate normals data. For example, 81.9 millimetres of rainfall was the average for September. This September, the city saw 183.8 millimetres of rain — more than double the previous average, but not high enough to set a record. The amount of rain may sound alarming, especially given the damage heavy rainfalls have caused to city infrastructure. Still, sometimes data doesn’t paint the complete picture of the conditions we live in, Phillips said. With paved roads and infrastructure that isn’t built to sustain the effects of global climate change, the “same old weather” is “exacerbated.” Heavy rain on a grassy knoll takes eight hours to seep into the water table. On a paved road? Eight minutes. With this decreased time, more damage follows, including flooding. There’s comfort in trying to land on an explanation for these weather conditions because if you know the problem, you can make moves to fix it, Phillips said. “We know what the problem is, and we just need to drive to the solution.” Until then, it may be best to keep your umbrella handy — and you might want to wait a little longer this year before you pull out your winter wardrobe. 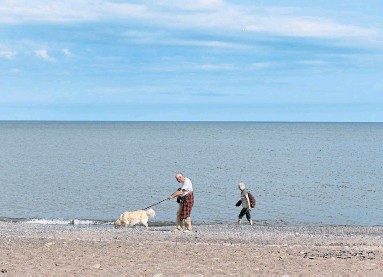