The day after Alexisonfire completed its North American tour in Seattle in January 2020, lead guitarist Wade MacNeil boarded a flight to Toronto. There, MacNeil met his father, who drove him to a rehab clinic on the banks of the Speed River in Guelph. There were some tears shed and a tight, loving hug before MacNeil entered the facility to begin a new sober phase of his life, free of drugs and booze. That moment is detailed in “Psyche Hospital Blues,” the gutwrenching third track on his powerful new album “Dooms Children,” which will be available for sale through the Dine Alone Records label on Wednesday, Oct. 20. In an interview with The Spectator, MacNeil, 37, opened up about his lifelong battle with addiction and his decision to chronicle his recovery on the new album. “Alcohol has always been a struggle for me,” says MacNeil, who was born in Hamilton and raised in St. Catharines where he now lives. “It’s the one constant of being on the road. It’s hard to find a decent place to eat lunch, but there’s an infinite amount of booze everywhere. In the industry I’m in, people want to drink with you, they want to buy a drink for you. They want to celebrate. It becomes incredibly normalized and drugs are the next level.” Time again on “Dooms Children,” Wade lays bare his personal struggles in very stark language. The song “Heavy Year” opens with the death of his mother, while “Chinatown Glow” explores the end of a marriage. “I think I wrote a lot of these songs in an attempt to heal myself and gain some clarity. As a result of this, the album is really a snapshot of the last couple of years of my life,” he says. “It’s also something I’ve not allowed myself to do before in my songwriting. I’ve always needed to hide things a little more or bury it in metaphor as opposed to coming out and just saying it. “It’s an incredibly freeing thing to do, but at the same time it’s a little bit nerve racking to be that vulnerable in my creative outlet.” “Dooms Children” also marks a radical turn in MacNeil’s musical style. MacNeil is best known as a founding member of the St. Catharines band Alexisonfire, gaining an international following with a blend of melodic punk rock. He’s also the frontman for the British hardcore band Gallows. The 11 tracks on “Dooms Children,” however, owe their sound much more to the psychedelic blues rock of the early 1970s. MacNeil’s raspy vocals are drenched in big organ riffs, provided by longtime collaborator Daniel Romano, and lightning flashes of his own guitar. At times, listening to this album is like flashing back to the stoner rock of the Allman Brothers Band or Tom Petty’s Heartbreakers. MacNeil doesn’t mind the comparisons and freely admits that the biggest influence on “Dooms Children” is the freestyle hippie rock of the Grateful Dead. The album even closes with a rocked-up cover of the Dead’s 1970 classic “Friend of the Devil.” MacNeil started listening to the Grateful Dead about four years ago. His interest developed into an infatuation. “It’s one of those incredible things that you come across as a music fan, the band has such a massive catalogue,” he says. “There is no deeper black hole to jump in than the Dead. The Dead were a huge inspiration for this project.” The album title “Dooms Children” is also the name MacNeil will tour under to promote the album. He’s currently putting together a live band for a show booked for Dec. 11 at Toronto’s Massey Hall, opening for fellow Alexisonfire founder Dallas Green and his City and Colour solo project. MacNeil admits the album’s gothic title and grim-reaper cover art is more a throwback to his hardcore punk past and belies the music contained within. “I wanted to have one thing that made it seem like it was a tie-over from my other projects,” he says. “I wanted one element that felt like (Black) Sabbath. I didn’t allow myself to go there in any other capacity, but I like that juxtaposition. The name sounds like it could be some sludge band, but it’s the antithesis of that.” 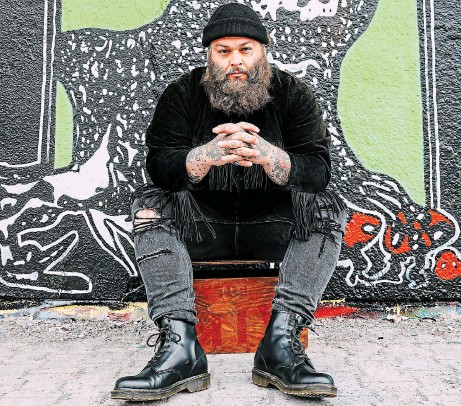 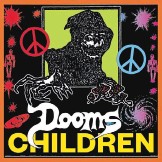